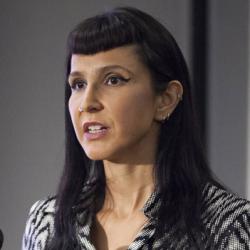 Suzanne is a psychologist and Assistant Professor of Indigenous Healing in Counseling Psychology atOISE, where she is also Special Advisor to the Dean on Aboriginal Education. She is Chair of the Aboriginal Section of the Canadian Psychology Association. She is a member of the Yellowknives Dene First Nation. 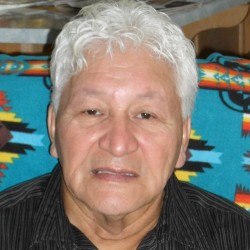 Joe is a member of the Healing Wind Advisory Group, where he provides elder oversight and direction to the development and delivery of Tłı̨chǫ Government social programs and services. Joe has made significant contributions to his community related to addictions and wellness having been a school counsellor for many years and very involved in his community from working with the Friendship Centre, the Justice Committee and the Parish Council. 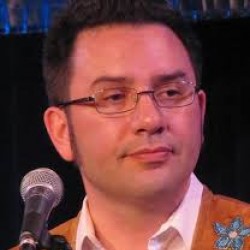 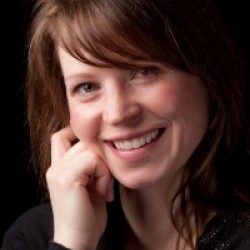 Stephanie Irlbacher-Fox, PhD has spent 18 years working for Indigenous peoples' organizations in the NWT on political and community development initiatives. She worked on the negotiating team which brought about the successful conclusion of the Deline Self Government Agreement, the NWT's first community based self government agreement. 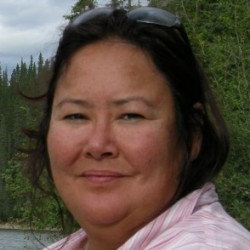 Carole Mills is a member of the Vuntut Gwitchin First Nation. She has worked for Aboriginal, Federal and Territorial governments for 25 years on projects and programs that encouraged the collaborative application of traditional knowledge as a best practice. She has many examples of success stories of how projects were made better with the inclusion of TK. She has taught courses to public servants across Canada on how to "use" TK and engage Aboriginal Peoples in their work. 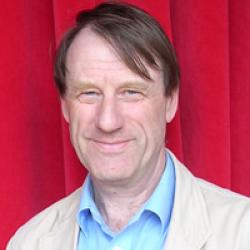 Tim is an expert in human-animal relations, having worked with the Skolt Saami of northeastern Finland. His books include Hunters, Pastoralists and Ranchers: Reindeer Economies and Their Transformations and Ways of Walking: Ethnography and Practice on Foot. Ingold’s latest work delves into embodied skills of perception. 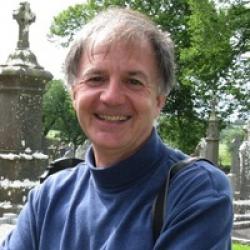 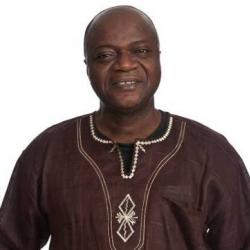 Ghanaian-born Professor George Sefa Dei of the University of Toronto is a renowned educator, researcher and writer who is considered by many as one of Canada’s foremost scholars on race and anti-racism studies. He is the recipient of many awards including  the 2014 Distinguished Teaching Award, OISE, University of Toronto  and the 2014 recipient of the Ludwik and Estelle Jus Memorial Human Rights Prize from the University of Toronto for his internationally recognized work on anti-racism and social justice. In June of 2007, Professor Dei was installed as a traditional chief in Ghana, specifically, as the Adumakwaahene of the town of Asokore, in the New Juaben Traditional Area of Ghana. His stool name is Nana Sefa Atweneboah I. 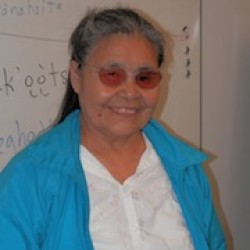 Mary Adele is a member of the Healing Wind Advisory Council, where she provides elder oversight and direction to the development and delivery of Tłı̨chǫ Government social programs and services. Mary Adele has been active in the research life of the Tłı̨chǫ communities for decades. Her publications include as a member of a community based research team with Dr. Joan Ryan, Traditional Dene Justice (1993)  and Traditional Dene Medicine (1994) to most recently CART productions and activities this past year such as  the “Breaking the Silence” video on violence in homes and the Ts’e Whıı Ts’e Daa (Rites of Passage) program. 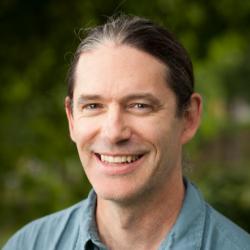 Paul is author of Hunters and Bureaucrats: Power, Knowledge and Aboriginal-State Relations in the Southwest Yukon. He has worked for many years with the Kluane First Nation, examining cultural assumptions that participants bring to land claim negotiations. He is an associate professor at Cornell University. 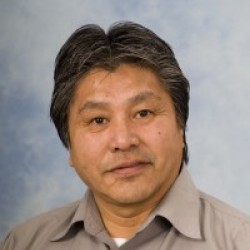 Joseph was born, and raised on the land in the Marion Village area surrounded by powerful elders such as the late Chief Jimmy Bruneau, Gotse Whane and Jimmy Martin. He has worked and lived  on the land all his life, never having attended residential school.  He was a former Chief of Wekweètì , NWT and member of the Wek’eezhii Land and Water Board. Currently as a board member of the of the Tłı̨chǫ  Research & Training Institute, he has been active in traditional knowledge research related to caribou. 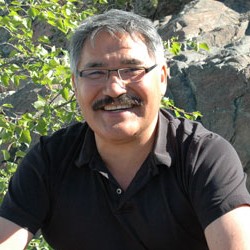 Paul Andrew became Chief of Tulita at age 22, the year before the Berger Inquiry. He went on to serve for 30 years as a radio and television broadcaster at CBC, where he covered all the biggest Northern stories of the age. After hosting On the Trapline, Focus North and Northbeat, he launched the multi-language phone-in show Ehts'ula. 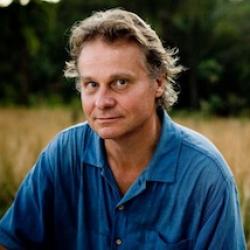 Wade Davis is an ethnobotanist, author and photographer whose work focuses on worldwide indigenous culture, particularly on traditional uses and beliefs associated with psychoactive plants. Through the Harvard Botanical Museum, he spent over three years in the Amazon and Andes as a plant explorer. 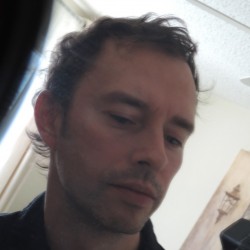 In 2012, Adolfo began a creative collaboration with the community of Behchokǫ̀, through which Tłı̨chǫ oral history is being visualized using animation. This project has combined intergenerational activities and participatory experiences as community youth visualize stories shared by elders. The Woman Who Came Back (2013) is the first film to emerge from this project. Adolfo is also completing a PhD in Human Ecology at the University of Alberta. 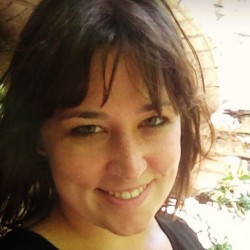 Kelsey Wrightson is from Edmonton, Alberta. She is finishing her PhD in Political Science at the University of British Columbia. She researches how museums and material culture support the political and cultural self-determination of First Nations in Canada. She examined “De T’a Hoti Ts’eeda: We Live Securely from the Land,” a collaboration between the Tłįcho Nation, National Museums Scotland, and the Prince of Wales Northern Heritage Centre, as an example of a “nation-to-nation” relationship. She also has a B.A in Political Science and an M.A in Cultural, Social and Political Thought from the University of Victoria, in which she compared the negotiation of Treaty Six (1876) and the current Treaty process in British Columbia.

Dr. John B. Zoe was the Chief Land Claims Negotiator for the former Treaty 11 Council of the NWT from 1994 until its conclusion with the establishment of the Tłı̨chǫ Government in 2005. John is now a senior advisor to the Tłı̨chǫ Government. He has an Honourary Doctor of Laws from the University of Alberta in recognition of his work in the development of the new government, as well as his contributions to involving elders and youth in projects that are built upon a foundation of Tłı̨chǫ language, culture and way of life. His own publications include articles on Dogrib ethnoarchaeology and place names, Dogrib sacred sites, and the history of settlement types and traditional architecture. John was also  elected as a Fellow of the Arctic Institute of North America. 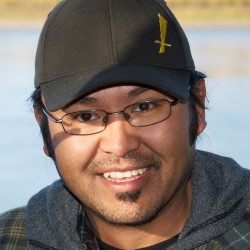 Dëneze Nakehk'o is Denesuline and Dehcho Dene from Denendeh. Dëneze firmly believes that Dene languages and culture is directly connected to the land and water. He has over a decades worth of northern broadcast and communications experience working in radio and television. 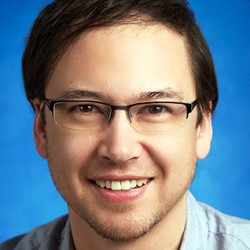 Based in Yellowknife, Stephen works with Northern communities and partners to create and implement a strategic granting program that builds capacity and advances solutions to integrated social, cultural, environmental, and economic challenges in the North. After completing a Masters in Environmental Studies at the University of Waterloo, Stephen and his family lived in Łutselk’e, a Dene community on the East Arm of Great Slave Lake, for over 12 years. During this time he focused on work helping indigenous peoples, governments, and industry tackle tough land and resource challenges. He is a member of the Environmental Monitoring Advisory Board for the Diavik Diamond Mine and a Director for the Dechinta Institute for Research and Learning. He previously chaired the Akaitcho Screening Board and was a long-standing Director of the Denesoline Corporation and a member of the NWT Protected Areas Strategy Steering Committee. 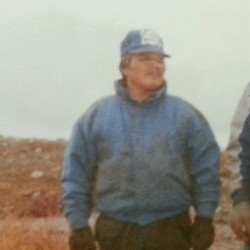 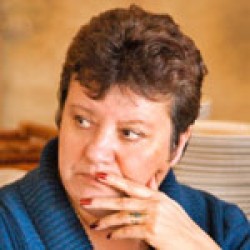 Joanne Barnaby's work emphasizes building economic, cultural, and environmental sustainability using western and indigenous traditional knowledge systems, and developing management models for full aboriginal participation, and for accountability to society. She has over 27 years of working in Aboriginal organizations, providing both leadership and senior management services to aboriginal peoples. She has held positions of public trust, including as a Special Advisor to the Premier of the NWT. 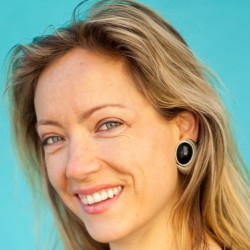 Kirsten is a filmmaker from Yellowknife with expertise in transmedia design. She has spearheaded media projects throughout the North and has ten years experience working in global entertainment and educational industries. Her academic interests are in media technology and human behaviour. She holds degrees from the University of Southern California (MA) and the London School of Economics (MSc).